Home Health and Fitness Samsung Galaxy Watch 3: Everything We Know So Far

The device was first spotted at the  Federal Communications Commission with SM-R8xx model numbers, in a number of variations. A diagram submitted to the FCC showed the Galaxy Watch name without a number attached. Now, in the latest Galaxy Wearable app, an image appears to bear the “Galaxy Watch 3” label, according to the sleuths at XDA-Developers.

Samsung filed six different models of the next Galaxy Watch at the FCC. There is the SM-R840 and the SM-R850, likely representing two different sizes of watch bezel — 41mm for the smaller watch and 45mm for the larger. Each device comes in standard as well as SM-R–X and SM-R–5X versions (i.e. SM-R840X, SM-R855X). These likely stand for Wi-Fi and cellular-connected versions, and possibly a deluxe titanium edition of each as well. It is unlikely Samsung would include 5G connectivity because the power requirements would drain a wearable too quickly.

A return to the Galaxy Watch branding, leaving behind the “Active” name, hopefully, means a return of the rotating bezel that has been a hallmark of Samsung’s wearables since the Galaxy S2 watch. The latest Galaxy Watch Active 2 featured a new electrocardiogram (ECG) sensor, as well as blood pressure monitoring, so we’d love to see those features come to the next Galaxy Watch 3. Of course, we hope it will retain the durability, connectivity, and top-notch screen found on Samsung’s last Galaxy smartwatches.

Digital detectives at XDA Developers looked into the code behind a new Galaxy Watch 3 Plugin app and discovered several new features for the upcoming smartwatch.

Samsung is said to be adding fall detection to the Galaxy Watch 3 as well; the forthcoming device will text the wearer’s location and a five-second sound recording to emergency contacts if there is no response for 60 seconds after a fall

Recent leaked images suggest the next Galaxy Watch 3 will stick close to the classic Galaxy S2 watch design. A leaker who goes by “Sal” and runs a prolific TechTalkTV YouTube channel posted images of actual Galaxy Watch 3 hardware with active screens. We should note that hardware goes through many design phases before launch and it is not uncommon to see new technology running inside old gear during the testing phase.

By digging through the code behind the forthcoming plugin app, XDA Developers uncovered a slew of new watch faces. You can see them all here.

We can quibble with Samsung’s decision to skip the Galaxy Watch 2 name, but why bother? The Galaxy brand was originally Samsung’s exclusive Android branding, and the original Galaxy Gear ran a version of Android until Samsung “updated” the device with a new proprietary OS. The Galaxy was dropped for the Gear 2 watch, and then the numbers started over with the Gear S family.

The new Galaxy Watch 3 doesn’t run Android, and isn’t really the third Galaxy Watch — but those are the least interesting things about it. We hope to learn more details about the device, including what it will cost and when it will be released, at the upcoming Galaxy Unpacked event on August 5.

How to Do an Inverted Row (Bodyweight Rows): Ultimate Guide

Ultimate Push-up Guide: Do A Push Up With Proper Form

Garmin Servers Coming Back to Life After Malware Attack 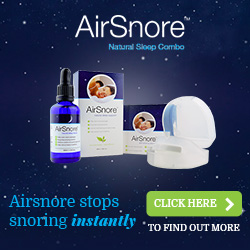